I’ve been harvesting something about every other day recently, most of which has been zucchini. I have been updating the Plan page with the yields as they come in, which so far are what I expected. The bean plants still look a little off, but I am harvesting something from them now so I think I will just take what I can get and not worry about it this year. The tomatoes look awesome, and I actually have peppers this year!

The broccoli and pea seeds I planted for the fall have already sprouted which makes me excited for what I might be able to get in the fall. 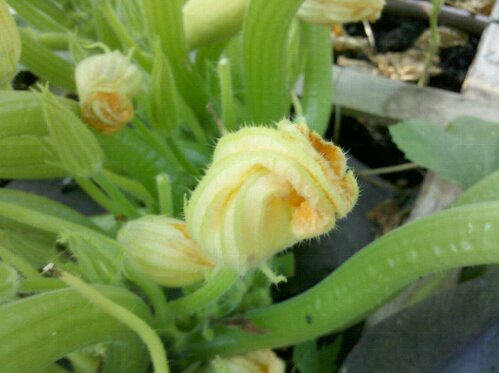 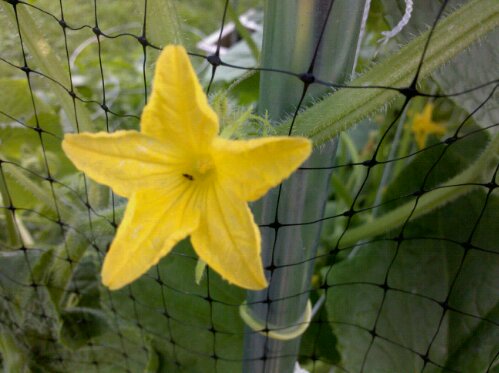 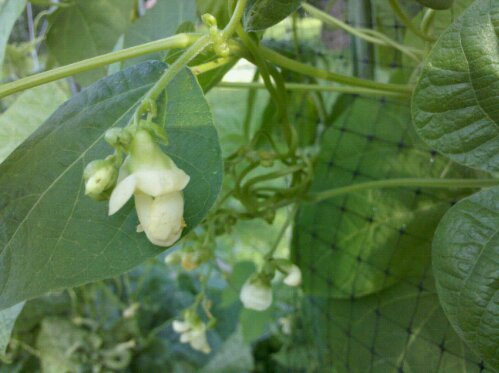 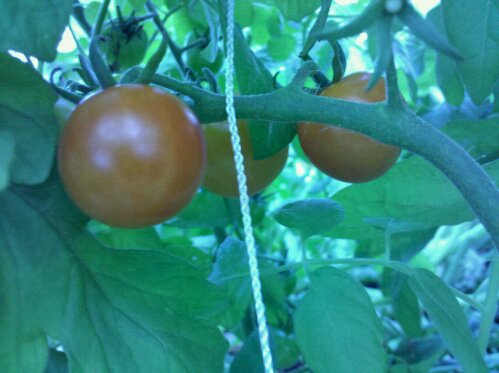 I might be a little late, but I started some broccoli for the fall. I think it was supposed to be started a few weeks ago, but with a little luck, I’ll get something from it. I also planted some cilantro seeds since my other plants disappeared or may not have even germinated. I’m not sure what happened, but I hadn’t been paying attention to them so I am not surprised.

I scheduled some plantings for the fall, which can be seen on the calendar on the side of the (non-facebook) site. I will be planting broccoli, peas, romaine, spinach, and radishes. I was hoping to do a little more, but I waited too long to start anything else (cucumbers or more summer squash specifically).

I have 11 or 12 empty squares where the lettuce, broccoli, and spinach was planted, any suggestions? I think I am going to re-plant broccoli in the same spots for the fall (probably the peas too once they are done), but that still leaves 4 or 5 empty spaces.

A few days ago I was complaining to a coworker that I may have too much broccoli maturing at the same time. He suggested that I make broccoli-cheese soup. “Holy crap” I thought, “What a great idea.” This suggestion wasn’t anything earth-shattering, but it did remind me that even though I was trying to stagger planting to not have everything ready to harvest all at once, having a bunch of one thing isn’t necessarily a bad thing. What I was almost dreading, I now see as an opportunity. I get to try to make something I have never made before. With the invention of Velveeta, broccoli-cheese soup is quite simple.

The recipe I found makes a tasty soup. Its nothing super spectacular, but I would recommend it. I found the recipe on AllRecipes.com, and the only alteration I made was to use the 2% cheese rather than the regular, and to use the fresh broccoli rather than frozen. I should have more broccoli to use shortly, so if you have a different recipe you recommend, feel free to post it.

I added a few new numbers to the yields on the Plan page. More broccoli, spinach, and peas.

It seems like I can’t use the broccoli and spinach fast enough, but I seem to be keeping up with the peas. Here is a little more that I harvested tonight. 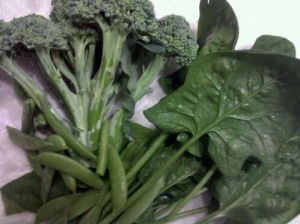 I think there is going to be a battle between the squash and the broccoli. The broccoli plants are mature and encroaching on the space around them, and the squash is starting to do what it does, and that is spread. The tomato plants are growing by what seems to be inches every day. The daily romaine and lettuce salads with peas and broccoli are quite rewarding and a reminder of just how easy it is. They also help keep me motivated to go out and keep the weeds at bay. 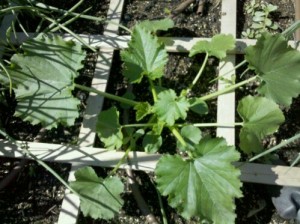 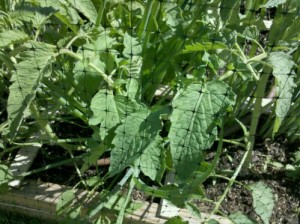 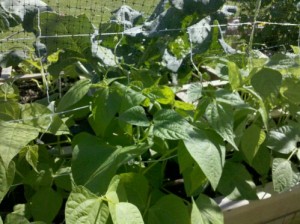 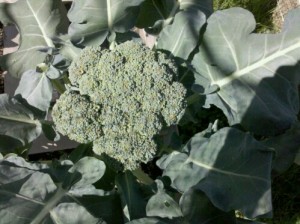 I harvested a small salad bar (OK, really small) today. The radishes are small but were being crowded out by others so I had to pull them. The broccoli and spinach are the first, the green onions and lettuce are just more of many like them before. This might be it for spinach, since it is taking a beating from leaf beetles, I am assuming. 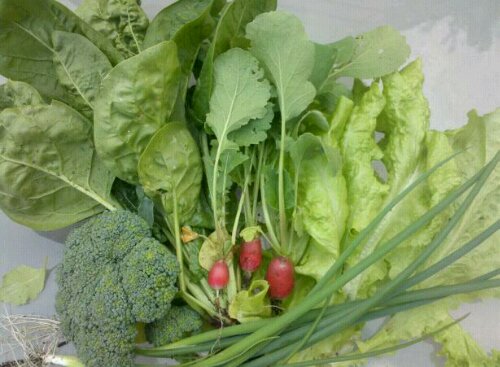